Dr. Arthur Ammann, a scientist, physician, author and advocate in the fight against human immunodeficiency virus (HIV) died on August 15, 2021 in San Rafael, California.  His expertise in pediatric immunodeficiencies led him to join researchers racing to identify the cause of acquired immunodeficiency syndrome (AIDS), at the time wrongly believed to only affect adults.   Working with colleagues in adult medicine, while continuing to see pediatric patients, he began to see children with immunodeficiencies that mirrored those of the adults with AIDS.  This led to a critical, and in his own words, ‘terrible discovery’: the cause of AIDS, years later identified as HIV, could be transmitted from mothers to infants during pregnancy and to children through blood transfusions.  He dedicated the next five decades of his life to increasing our understanding of HIV/AIDS, driving efforts to study the disease in women and children, while tirelessly advocating for new treatments to reach the most marginalized communities affected by the HIV epidemic.

Born in Brooklyn, New York, Dr. Ammann graduated from Wheaton College before attending the New Jersey Medical School where he received his MD in 1962. He completed his residency at the University of California San Francisco between 1963-66. Under the mentorship of Dr. Richard Stiehm, he became interested in pediatric immunology and published research on the use of antibody testing to detect congenital infections. He served two years as a pediatrician at Travis Air Force Base before completing a fellowship in immunology at the University of Minnesota Medical Center and returning to UCSF as a Pediatric Immunologist.

From 1971 to 1985, Dr. Ammann was director of Pediatric Immunology and Clinical Research Center at UCSF. He led a series of clinical trials aimed at protecting children with sickle cell anemia and the elderly from pneumococcal infection, a major cause of mortality in both populations. He and his colleagues were successful in creating the first U.S. Food and Drug Administration-approved vaccine effective against the bacteria.

Dr. Ammann first became involved in the AIDS epidemic because his lab could perform the immunologic tests needed to detect immunodeficiency.  It was from this unique vantage point, assisting in blood tests for adult patients while maintaining his pediatric immunology practice, that Dr. Ammann first made the connection that the disease could affect children. When asked years later about the discovery, Dr. Ammann would note, “It was terrible, there was no treatment.”  Speaking to interviewers documenting the history of the epidemic, he explained there was significant resistance to the discovery, “People just didn’t want AIDS to affect infants. They just didn’t believe it. And they didn’t believe it until HIV testing became available.” Additionally, the discovery that the blood supply was not safe met sharp resistance. Dr. Ammann’s initial publication describing AIDS acquired by blood transfusion was rejected by prominent medical journals. 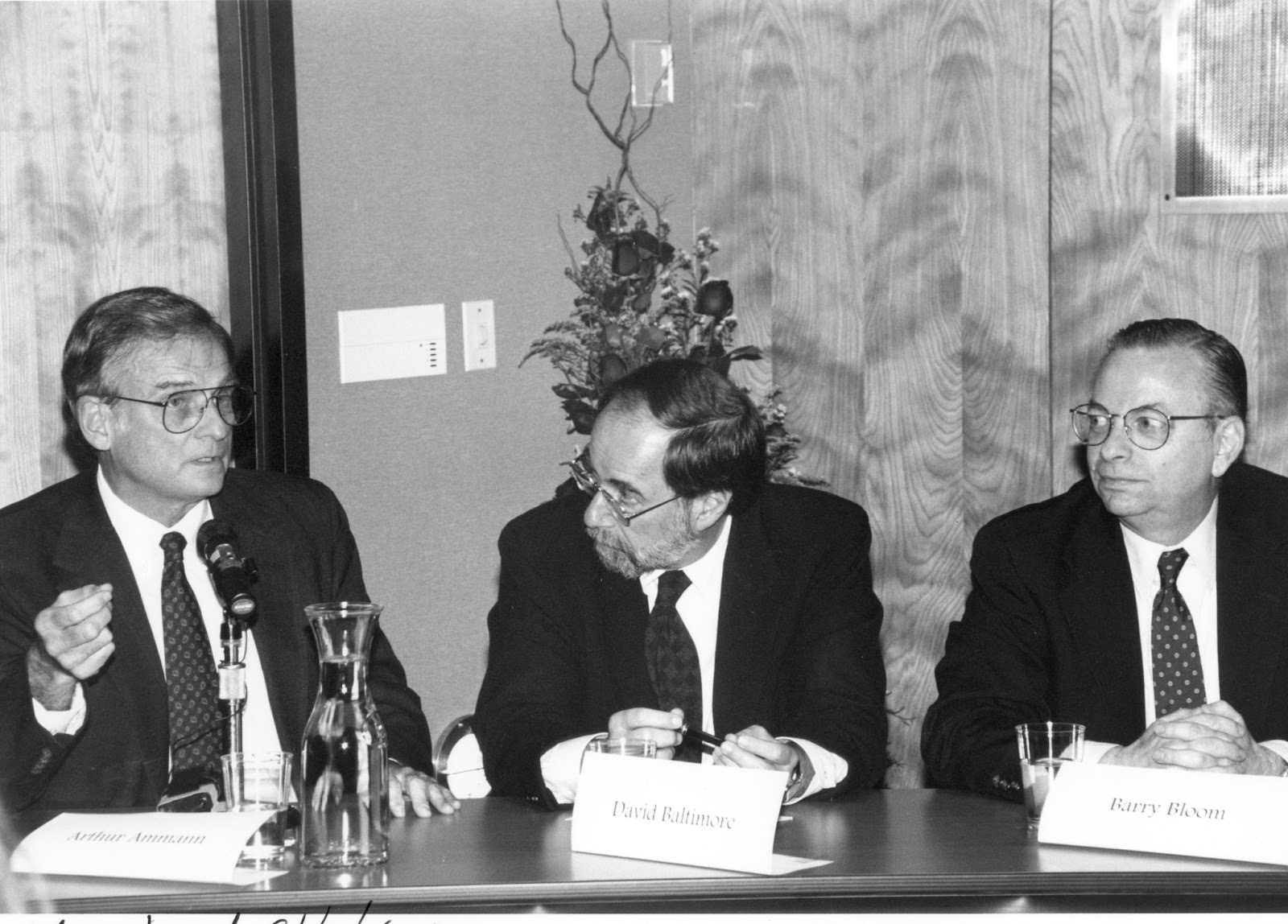 “Art was the first to recognize AIDS in an infant at a time when few believed this possible, thinking of the condition as only affecting adults,” wrote Dr. Paul Volberding who worked closely with Dr. Ammann in San Francisco, “He was a visionary scientist and an outspoken advocate for children.”

As novel treatments turned a fatal disease into one that could be managed with medications, Dr. Ammann became increasingly concerned that these treatments were failing to reach the poorest communities.  In 1999, Dr. Ammann founded the non-profit organization Global Strategies for HIV Prevention (today Global Strategies) to improve access and start HIV treatment and prevention programs in conflict and post-conflict settings in Africa.  Together with his wife Marilyn, he organized training programs to teach doctors and nurses how to treat pregnant women living with HIV and reduce the risk of transmission to their newborns.  He helped start the first Children’s AIDS Program in the eastern Congo at HEAL Africa Hospital with Dr. Jo and Lyn Lusi.  Today the clinic provides life-saving treatment to more than 700 children born with HIV. 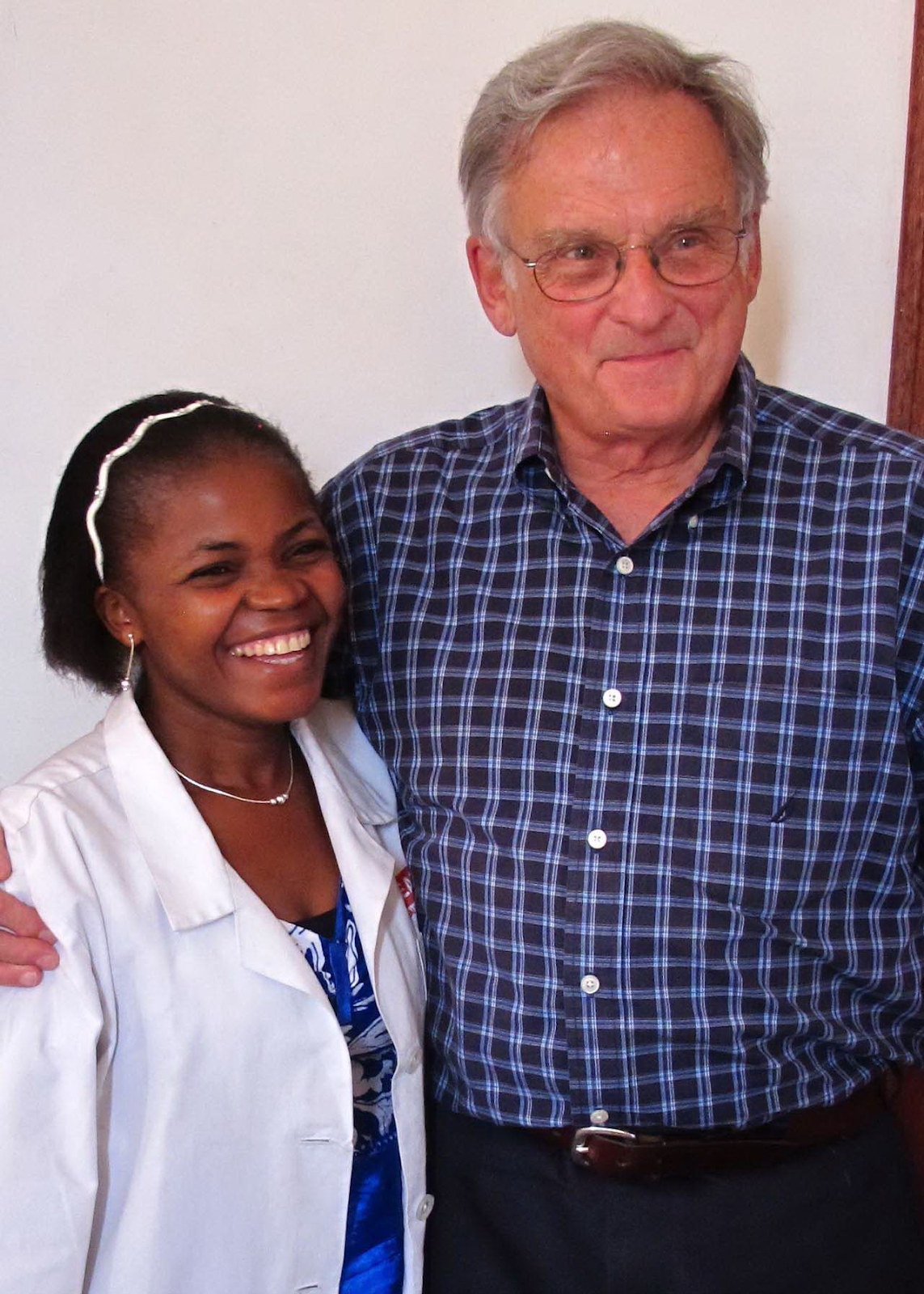 He worked to provide scholarship opportunities for physicians and scientists working in the poorest countries in the world. Well into his eighties, he maintained close contact with his friends fighting HIV in Nigeria, Liberia and the Democratic Republic of Congo and frequently hosted visitors at his home. 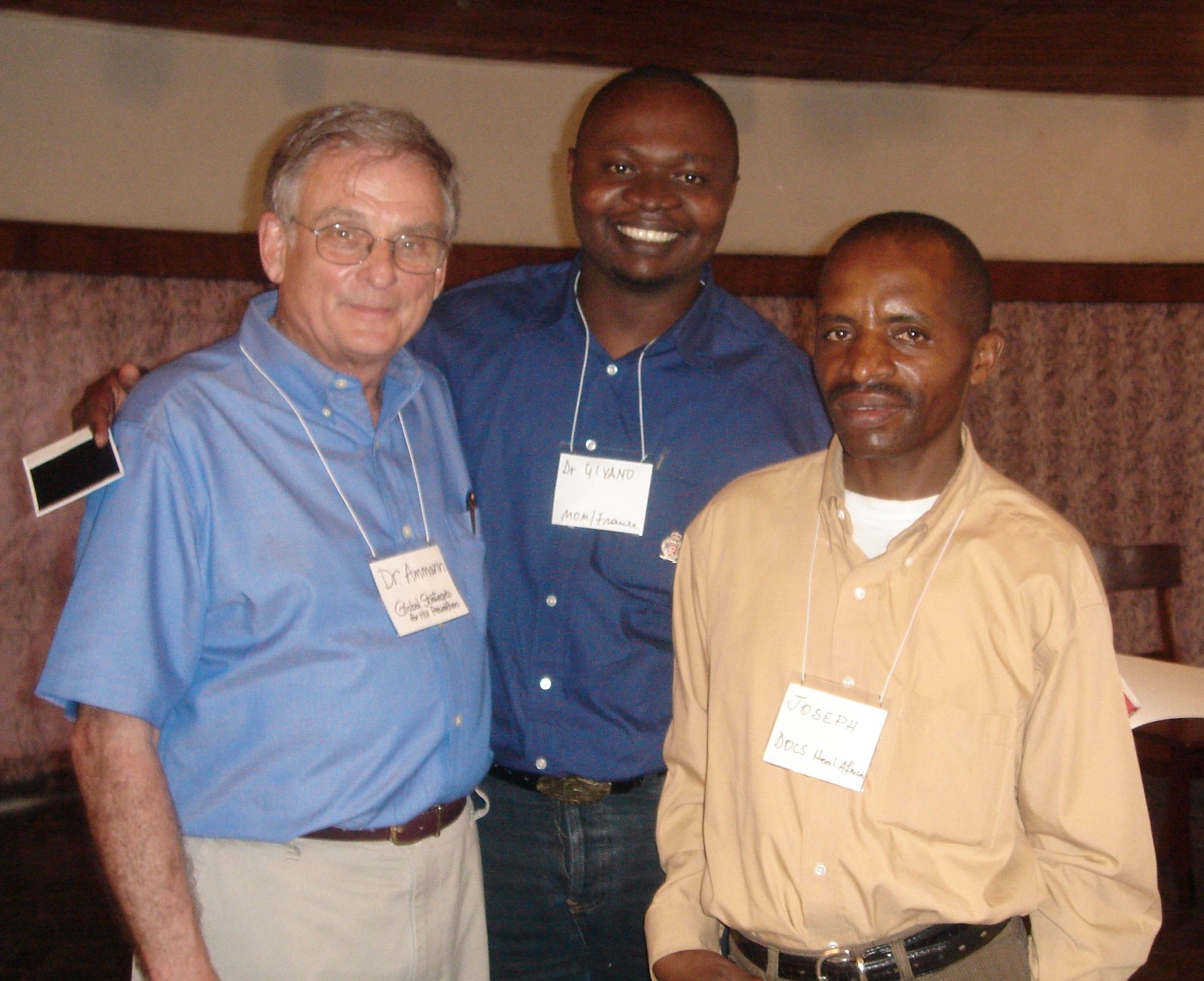 “When I met Dr. Ammann in Congo,” says Global Strategies Program Manager Dr. Givano Kashemwa, “I knew that he was a renowned pediatric HIV scientist. But it was as a human being that he never forgot the pain of AIDS without treatment. He knew there were places still without treatment, he knew what that was like and he went looking for us.”

He is survived by his wife Marilyn, children Scott Ammann and Kim Ammann Howard and grandchildren Caleb, Sophia, Leland and Avery.

At the request of his family, donations may be sent in lieu of flowers to: